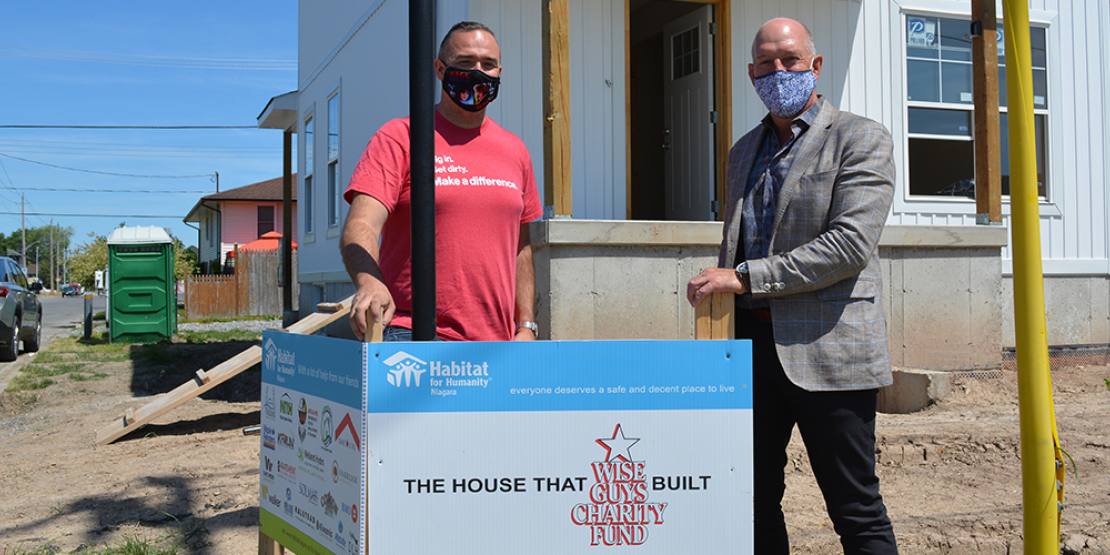 WELLAND, ONTARIO – Last year was a tough year for Habitat for Humanity Niagara’s home building program. While the agency had four homes scheduled to be built, only one was completed as the impact of the pandemic halted construction and temporarily shut down its ReStores.

This year, Habitat Niagara’s home building program is back on track thanks to strong partnerships with its supporters. The first build of the year is an accessible home in Welland for Steve, a single father and his four children, one of whom requires the use of a wheelchair.

Habitat Niagara must raise over $350,000 to build one home which includes the cost of land. Those funds can come in many forms such as money and gift-in-kind donations from local businesses, individual donations and our three ReStores.

“Donations of any kind make a difference,” said Mark Carl, Habitat Niagara CEO. “We are very fortunate to have partnerships with local businesses and community groups because they are helping to make an impact on families in our community.”

Wise Guys Charity Fund has been instrumental in raising funds to support many causes within the Niagara region and has committed to support Habitat Niagara’s Home Building program over the next four years, starting with this accessible home, referred to as The House that Wise Guys Built.

“We are a group of dedicated volunteers who are passionate about helping to improve the quality of life in our community, and Habitat checks all of these boxes,” said Doug Smith, Chair of Wise Guys Charity Fund. “When a family has a safe, stable and affordable place to live it creates a ripple effect. It’s not just the family that does better, the community does as well.”

The Kiwanis Club of Welland is a service club focused on improving the lives of children one community at a time, and they have contributed funds to purchase a wheelchair lift.

“Welland Kiwanis is happy to help Habitat build this house,” said Paul Grenier, Kiwanis Club member. “We became aware of Steve and his courage of raising four children on his own along with the challenges his eldest son had, so we had to find a way to do something. We had to find a pathway in by contributing toward the construction of a mobility lift for the young man so that he can get in and out of his house and improve his quality of life.”

Both Doug and Paul were at the build site to meet Steve, future Habitat homeowner, as he was finishing off his volunteer hours for the day of preparing the floor to install the flooring.

“It meant a lot to me to be able to walk Doug and Paul around the house today and show them the impact that their generous contributions have had and will have on my family,” said Steve. “The contributions they have made go far beyond helping put a roof over our heads. Thanks to these gentlemen and their respective organizations, my children will have the opportunity to grow up in a beautiful home, that has been thoughtfully designed and constructed for Christian to have access to in his wheelchair. Knowing just how much the quality of my children’s lives are about to improve, I will always be grateful to Doug and Paul and all of the donor’s support.”

Qualified families purchase their Habitat house with an affordable, no-interest, no-down-payment mortgage. In addition, Habitat homeowners commit 500 volunteer hours, helping build their own homes, and attend a series of workshops to prepare them for the financial obligations and responsibilities of owning and maintaining their home.

By the end of this year, Habitat Niagara will be constructing its 69th home in the Niagara region for local families in need of decent and affordable homeownership.

View photos of the build.

"It wasn't even on my radar": Welland father of four looks forward to Habitat for Humanity Niagara home, Niagara this Week