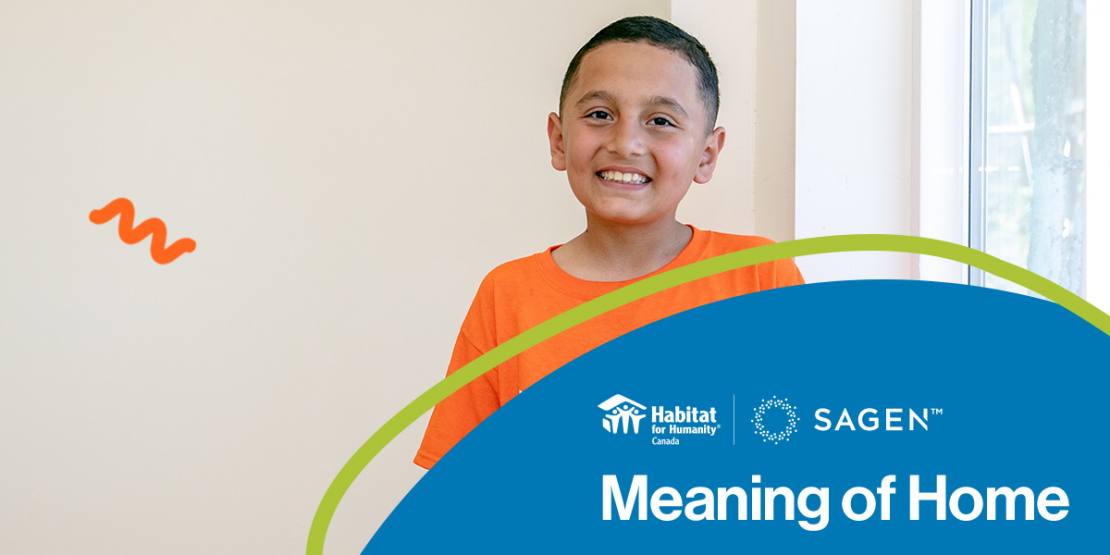 Niagara Region, ON Since 2007, students in Grades 4, 5 and 6 have shared what home means to them in a national writing contest that is now open and accepting entries. Submissions are being accepted by mail or online at meaningofhome.ca from today until February 24, 2023.

Founded by SagenTM 1, the Meaning of Home contest has raised over $2 million to help local Habitats across Canada build decent and affordable housing. Last year over 13,000 entries were received, the largest number of submissions Habitat Canada has ever received for this contest and raised over $311,000.

A local Niagara Falls grade 5 student came runner up last year, earning a $10,000 grant for Habitat Niagara which will help to fund its five builds in Thorold this year. Niagara students entered 366 submissions and Habitat Niagara received an additional $3,660 toward building affordable homes for local families.

“We are so proud of our youth and the creative stories and poems that they write about the meaning of home,” says Mark Carl, CEO of Habitat for Humanity Niagara. “This contest continues to grow every year and not only raises funds to build homes in our region, but also raises awareness of the importance of having a safe and affordable home.”

“It is so wonderful to see the enthusiastic response each year from parents, teachers and especially the children who enter this contest and share what home means to them in their own words,” says Julia Deans, President and CEO of Habitat for Humanity Canada. “We know that having a safe and affordable place to call home helps people build better lives and stronger communities.”

“As a founding sponsor of this contest, we continue to be amazed at the creativity of each student who participates,” says Stuart Levings, President and CEO, Sagen. “We are proud to see how this contest provides students with an opportunity to learn more about the importance of housing and give back.”

The Meaning of Home contest would not be possible without the generous support of Founding Sponsor SagenTM and Awards Sponsors Urban Systems Foundation, Face to Face Games, and Home Trust.