Habitat Niagara appearing in Employable Me 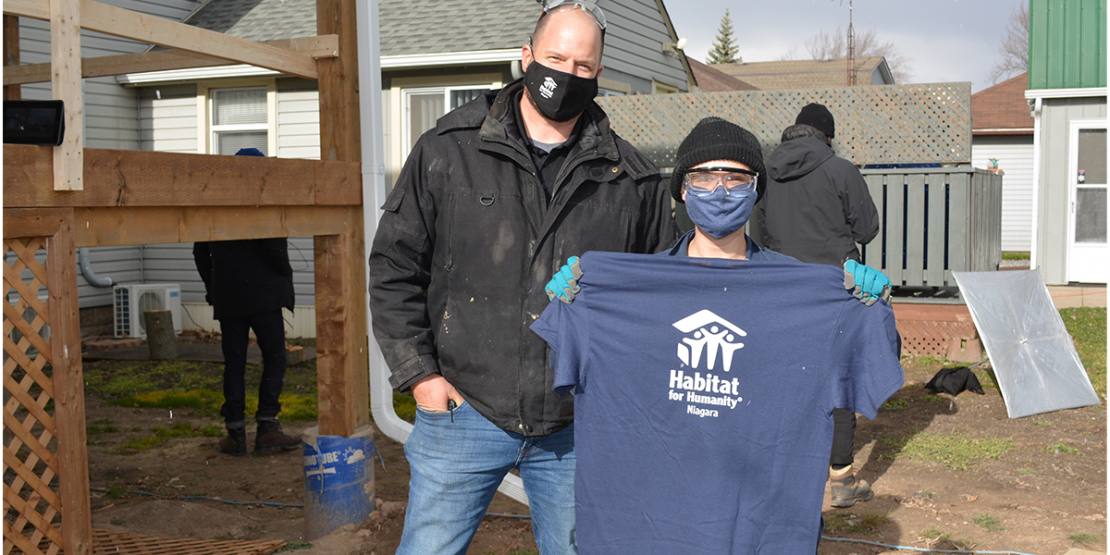 NIAGARA REGION, ONTARIO – Debuting June 9 on AMI-tv, Employable Me is a moving six-part documentary series that features job-seekers determined to show that having a physical disability or neurological condition shouldn’t make them unemployable. Seasons one, two and three of Employable Me captured Rockie Awards for Best Lifestyle Program at the Banff World Media Festival. Additionally, Employable Me won a Diversify TV Excellence Award at MIPCOM in the Representation of Disability, Non-Scripted category in 2020 and 2016.

Produced by Thomas Howe Associates Inc. (THA), season four of Employable Me provides an honest and emotional look at the challenges Canadians of varying abilities face in the job market. Each one-hour instalment features two job seekers who are blind, partially sighted or have a neurological condition such as cerebral palsy or Autism Spectrum Disorder as they change employer’s perceptions and possible land a coveted job.

Last November, the production crew from THA was onsite at Habitat Niagara’s Port Colborne build site filming an episode of Employable Me.

Job seeker, Shauna, who completed college courses in welding, sheet metal and woodworking, has Autism Spectrum Disorder and hopes to find a career where she can work with her hands.

While on the build site, Shauna built and installed wood skirting around the back deck of the Habitat house with direction from Craig Brown, Habitat Niagara’s Construction Manager.

“It was a pleasure working alongside Shauna,” said Craig. “She is a quick learner, and I would have her on the build site anytime.”

THA and Habitat Niagara followed all safety protocols as stipulated by regional and provincial health authorities during the production of the episode.

Employable Me is produced by THA in partnership with AMI and TVO, and is licensed by all3media_international.

The Employable Me episode with Shauna on the Habitat Niagara build site appears on Wednesday, June 9, at 8 p.m. ET on AMI.ca or via the AMI-tv App for Apple and Android devices, with a second run on TVO in the fall.

Habitat Niagara appearing in award winning series Employable Me on June 9 on AMI-tv, My Niagara Online