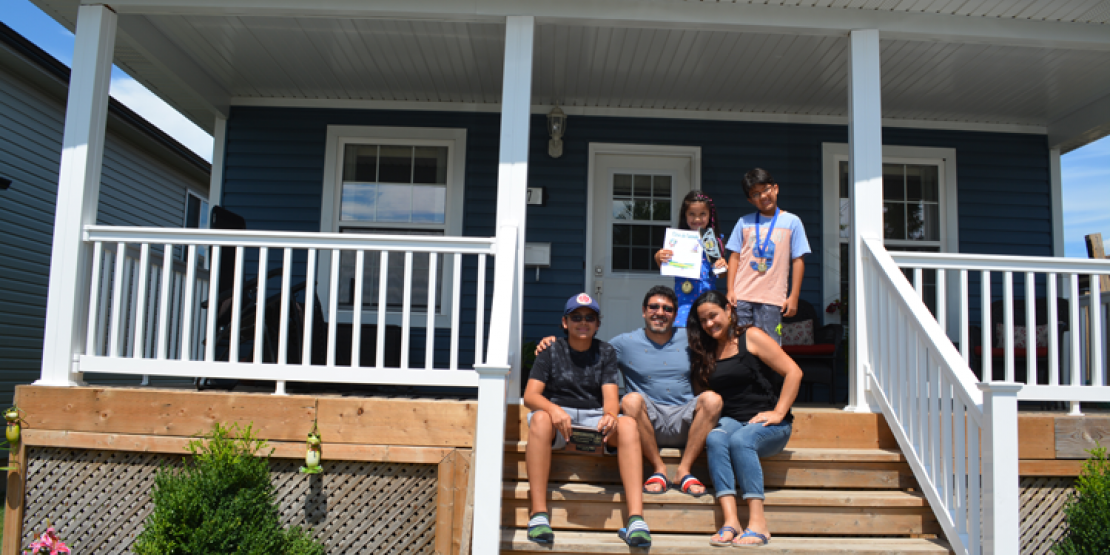 It has been three years since Habitat homeowner’s, Juan and Luz’s home went up in flames.

Juan, Luz and their three children had just moved into their new Habitat home in Welland at the beginning of July 2017 and on Labour Day weekend the family had to watch their new home get destroyed by a fire that started in their neighbour’s garage - shattering their dreams and losing everything they owned. Fortunately, Luz and the children, who were home at the time, escaped unharmed. Juan was at work when the fire happened.

Six fire trucks and more than 30 firefighters worked to extinguish the fire. Unfortunately, the home sustained so much damage that it was no longer liveable and while they owned their home as part of Habitat’s affordable homeownership program, Juan and Luz had to work with their insurance company to rebuild their home and their lives.

The family relocated to a hotel, then an apartment until their home was rebuilt. Seven months later the family was able to move back in to start their lives all over again.

“Those were difficult times, but we got through it because we received so much support from friends, the community and Habitat,” said Luz as she reflects back on those months.

The challenge of evacuating, relocating, and rebuilding after the fire had significant effects on the family as they went through various phases of shock, anger, depression, and hopelessness.

“I felt guilty that I wasn’t there to protect my family because I was at work,” explains Juan. “Home is a place of comfort and safety, and after the fire it was hard to feel safe again. We were nervous and anxious that it could happen again.”

While their sons appeared to be doing okay, their youngest daughter (who was four years old at the time of the fire), needed a little more attention. “She was afraid a lot and we had to work to help her cope,” said Luz.

Juan left his retail job to stay home and watch over their children as Luz went to work. During that time, he started a recruiting international student agency where he helps international students, especially from Latin America, with paperwork and procedures to be able to study in Canada.

Today, the family is doing much better. In addition to Juan’s business, he trained with the Canadian Air Force for a few months and is also back working in the retail store he used to work at while studying to become an immigration adviser. Luz has changed careers and is now a pastoral advisor for children in the French Catholic School Board.

And the children are flourishing.

The oldest son, now 15 years old, has a part-time job, is a basic survival instructor with the Canadian Cadet Organization, and recently received an award from the Cadet’s for good behaviour.

The second oldest son, now nine years old, received an award for student of the year last year and this year won a third-place medal in hip-hop dance.

And the youngest, who is now seven years old, is also thriving. She was awarded first place for her age group in a hip-hop dance competition and just received recognition for the best online learner.

“We are very lucky to have recovered from this and are very thankful to have a home to raise our family,” said Luz.