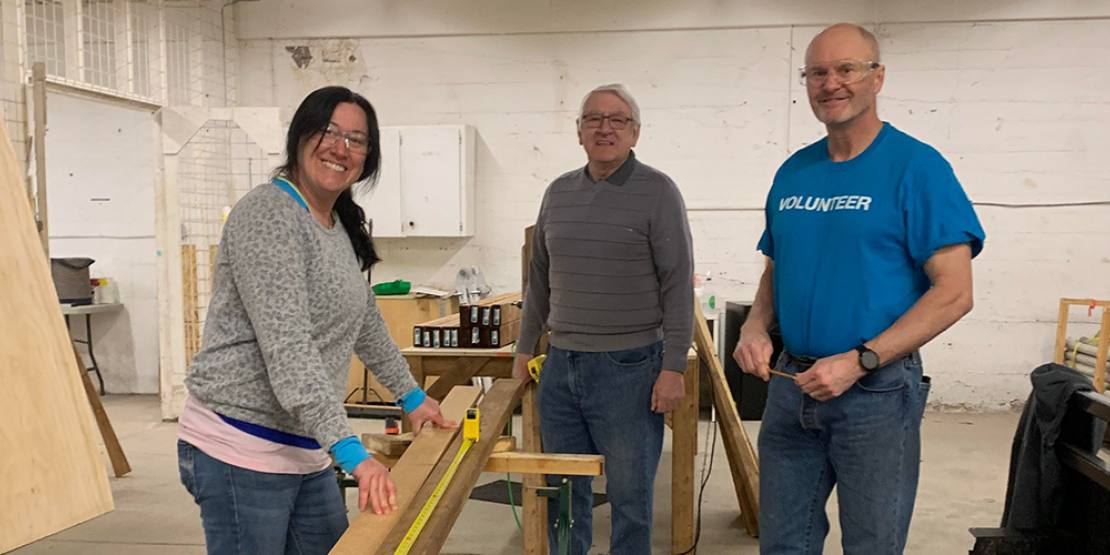 NIAGARA REGION, ON The Niagara 2022 Canada Summer Games recently partnered with Habitat for Humanity Niagara to build items needed for this summer’s and Athletes’ Village.

Habitat Niagara is proud to have a very diverse team of over 300 individuals who volunteer in its ReStores, on the build sites, with the kitchen salvage program and help with events and administrative duties. This project aligned with Habitat Niagara’s Community Day program, where their volunteers also support other community initiatives.

“We were thrilled to offer our volunteers this opportunity,” said Christy Guttin, Community Engagement Officer at Habitat Niagara. “Giving back to our community, who is so instrumental in our success, is what being a true community partner means to us.”

“We got Habitat for Humanity involved because Habitat is a great community partner in Niagara, they’re involved in all sorts of builds,” explains Tom Arkell, Manager of Operations at the Niagara 2022 Canada Summer Games, which are scheduled to take place from August 6 to 21, 2022. “The best part is Habitat’s organization is made up of many volunteers who do a lot of the work, and the Canada Games are built the exact same way.” 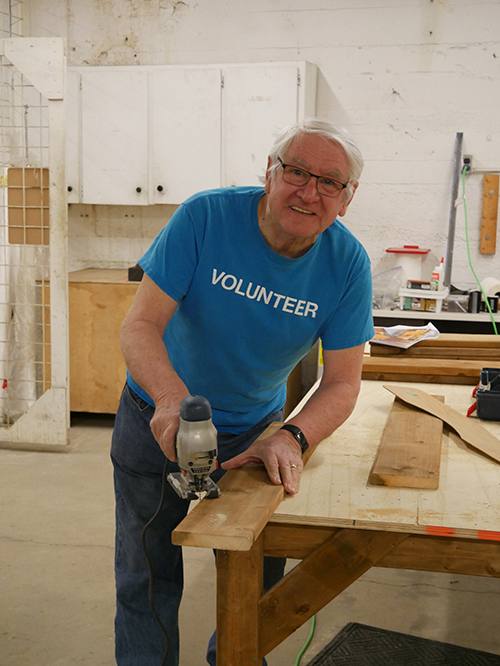 The initial project Habitat Niagara’s volunteers were tasked with for the 2022 Canada Games was to build two sets of accessible podiums for the gold, silver and bronze athletes to receive their awards. Dave Dewar, Habitat Niagara volunteer since 2018, and retired carpenter with over 50 years of experience, was the team lead who oversaw the completion of this project.

“It is an honour to do these things for the Games,” said Dave. “I was so pleased to have this opportunity.”

Dave led a team of four Habitat volunteers Michael Ennamorato, Jana Angus, Doug Stones and Kevin Lacey, to build the podiums within a week, and they were effectively completed in one day.

“Everything went great,” said Dave. “Everybody has been so nice, it’s nice to work with people like that. I’m really pleased at doing this and glad I could help.”

“We are really quite delighted,” said Tom. “The podiums were constructed to be moved around and two sets really gives us a lot of flexibility throughout the Games.”

Now Dave and his team are onto another project to help the 2022 Canada Summer Games. They’re in the process of building 24 Adirondack chairs, from scratch, for the Athletes’ Village.

“The Athletes’ Village is at Brock University and so the athletes and their support staff will stay there during that time,” said Tom. “In addition to participating in their respective sport, all of the athletes are going to have some free time, so we’ll set up an area outdoors that has these Adirondack chairs and some fun outdoor games for them to enjoy.”

“We’re very appreciative of Habitat Niagara’s support with these initiatives,” said Barry Wright, CEO of the Niagara 2022 Canada Summer Games. “The Games’ vision is to inspire, to transform and to unify, and the Games will truly do that for the Niagara region. It has been a long last couple of years, and I think everybody in Canada is ready to come together and celebrate."

Habitat for Humanity teams up with Canada Summer Games, the Toronto Star, The Niagara Falls Review,

Habitat for Humanity teams up with Canada Summer Games, Niagara this Week