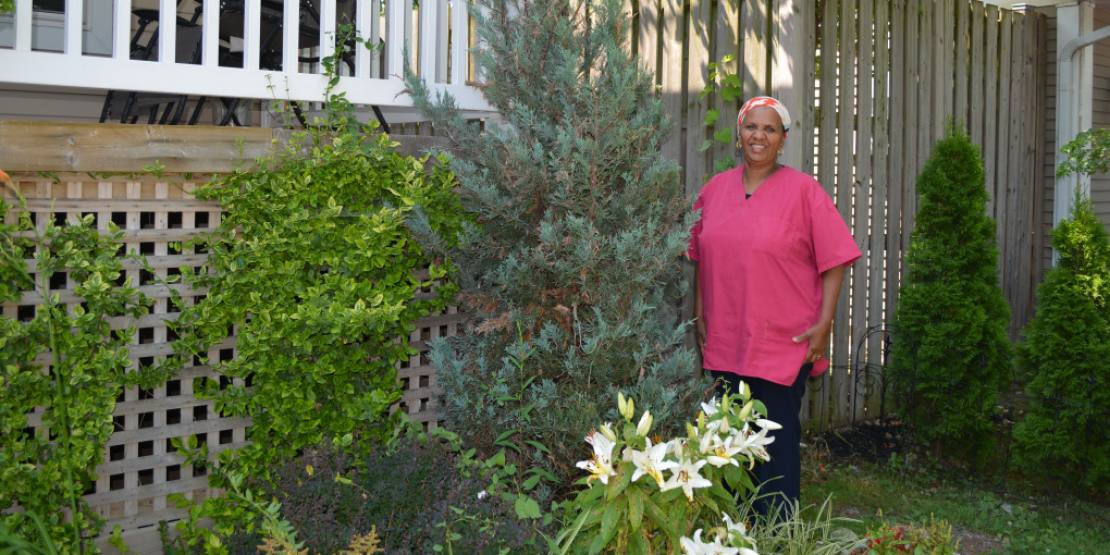 Fatuma came to Canada from Somalia over 30 years ago with a 5 ½ month old baby and another one on the way. During the journey, her husband, Saeed, was separated from her and she didn’t know his whereabouts.

She was terrified being in a strange country, alone, and not speaking the language.

Four years later, Saeed was located, and came to Canada to join her and over the years they had three more children together. Fatuma went to school to get her high school diploma, got her driver’s licence and graduated from Father Fogarty with a PSW (personal support worker) diploma while raising her family and working two jobs - that was 20 years ago.

During their time in Canada, Fatuma, Saeed and their children lived in many apartments, moving from Fort Erie, to Welland then St. Catharines. Each place had its challenges, some were very small where they had to use the living room as a bedroom, one had extremely high utility bills that were unaffordable and one was in an undesirable location where Fatuma worried about her family’s safety.

Then she found Habitat for Humanity.

“I was so happy when we got the house,” said Fatuma. “We’ve never had space like this before, I love every bit of it and it is ours, we don’t have to move anymore.”

Fatuma was overjoyed when they were accepted into Habitat’s homeownership program because they would be moving into a safe, decent and affordable home with zero-interest mortgage payments that are based on the family’s income.

In 2013 when Fatuma and her family moved into their Habitat home the children were in high school, now they have all found successful careers after post-secondary education – the result partly due to having a safe, stable and affordable home.

Her oldest son, Mohammad who works for the government, is also a paramedic and volunteer firefighter. Sara works at a healthcare agency, Mahad is finishing school to become an accountant, Gulid studied to become an electrician and is now apprenticing, and their youngest daughter, Hana, is in her first year of nursing school.

“In our hearts we have so much thanks to give,” said Fatuma. “We’ve received so much help from people, and I tell my children that no matter where you are you can help people as well.”

As Fatuma reflects back when she arrived in Canada, she tells us, “It was the worst thing anyone could go through, you’re lost in the dark. But it was also the best thing to happen to me to come to Canada - now I have a beautiful home.”